I released a collection of three previously-published stories this week. The ebook will be exclusive to Amazon Kindle for the next three months. 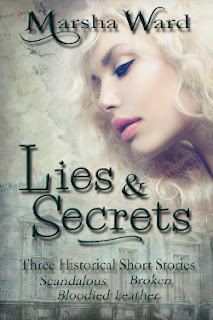 Young Julianna Owen didn't think flirting with Parley Morgan at the barn raising would lead him to put his hands where they ought not to be. But even worse, her sister discovers them, and Parley abandons her, running off into the woods.

Julianna's strict father has found where she is hiding, and her world on the Colorado frontier is crashing down around her ears. She thought love and romance was only about going on picnics and holding hands, not rough kisses and hurtful pawing.

Now the consequences of her actions might be beyond what she can bear.

In the 1866 Owen Family universe, Scandalous shines a light on teen hormones run amok during a trying time in the family's story, as it ties up a loose thread from the novel, Spinster's Folly.

Review: "Be careful what you wish for; you might just get it. I love the Owen Family stories. The love of family and the adventures are made so real in Mrs. Ward's writings. Details are so vivid a reader can feel themselves there."

Rida Owen didn’t know married life on the Colorado frontier could be so difficult. Nothing in her Catholic upbringing prepared her for long, lonely nights when her husband, Bert, goes drinking. And womanizing. And then comes home to beat her.

Her mother-in-law thinks she’s stuck up when she doesn’t participate in homestead washday. Rida only wants to hide her bruises and preserve her marriage.

Then a neighbor from her past stops to say hello and reveals a secret of his own.

Broken is a Shenandoah Neighbors story that illuminates a dark corner of the Owen Family universe in 1875.

Isabelle Gilbert chafes against the restrictions that Victorian life puts on a young lady.

Forced to accept a betrothal to Percival Egmont, an English ex-patriot like her father, she is disturbed by his passion for prize-fighting—and other pursuits. And what if Mama spots the bruise on her cheek?

Review: "An interesting short story with good characterization and dialogue that says more than the words alone. So worth the read."
~~~

Read the stories free on KindleUnlimited, or get your copy today before the price goes up. Link to Amazon
Posted by Marsha Ward at Friday, March 30, 2018