It's been a while since I posted Fresh Book Friday. Here's a new book: 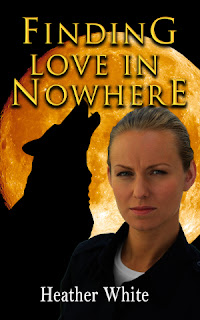 Description:
When Darcy Edwards left the big city and moved to a little town in Montana, she wanted a big change. However, she wasn't expecting to find out that not only do werewolves exist but she was the mate of the future alpha.

Dustin was the future alpha of his pack and had been unable to find his mate and future Luna. He wasn't expecting her to be the new human police officer that moved to town. The hard part was figuring out how to tell her she was his mate.

When rogues threaten to destroy their peaceful life, can Darcy and Dustin keep each other, their family, the pack and the town safe?

Branches slapped my face as I ran through the forest in the dark. I could hear the dogs and other officers on either side of me as we all advanced. We were chasing an armed escaped convict from the state penitentiary. I could make out his shadow every once in a while, when he ran through a patch of moonlight shining down through the trees. I picked up my pace to try and close the distance between us. As I got closer, I yelled for him to stop. I aimed my pistol at him as I gave the command. He ran into another shadow, and I lost sight of him. I followed the sound of his footsteps crashing through the underbrush.

I could see a clearing ahead lit up by the full moon. As I reached the edge of the clearing, I saw the convict standing in the middle. I aimed my pistol and yelled for him to put his hands on his head. He didn’t move. I yelled at him again, but he wasn’t paying attention to me. I kept my eyes on him, so I couldn’t see what he was staring at. I started making my way towards him. When I had gotten halfway to him, I yelled again.

“Put your hands on your head, or I will shoot.”

I didn’t know what he was talking about. He must be crazy. He put his hands on his head, and I quickly cuffed him. I searched him and found his pistol. I took it. He continued staring straight ahead. I made sure I had a good hold on his arm, then decided to see what had him so scared. I turned to look, and my eyes widened in surprise. There sat a very large sandy brown colored wolf with blue eyes. It wasn’t growling or anything. It just sat there watching us. It cocked its head to the side as if to study us from a different angle.

“Get me out of here,” the convict pleaded.

I could hear the other officers getting close.

“Hey Edwards, did you get him?”

I glanced over my shoulder and saw Officer Harris. “Yeah, I got him, but be careful; there’s a…” I had turned to look back at the wolf, but it was gone.

Harris came up beside me. “There was a what?”

“There was a wolf sitting right there.”

“A wolf? There aren’t any wolf packs around here.”

“I thought Montana had a lot of wolves?”

“We do, but not around here. They were driven off.”

“It was sitting right there though,” I said pointing at the spot where the wolf had been.

“Hey, he even saw it.” I motioned to the convict.

“It was probably just a stray dog. I’ve lived here a long time and there’s never been a wolf here.”

The rest of the officers arrived in the clearing. As we walked towards the rest of them, I looked back once more, but there was no sign of the wolf. We all made our way back to the cars. Most of the officers here tonight were from other towns, as our town only had three officers: Chief Phillips, Officer Harris and myself. I booked the convict in at the jail for the night. The state pen guys would be by in the morning to pick him up. 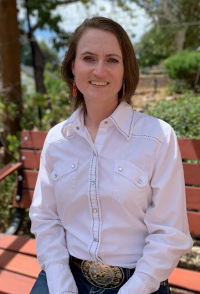 I am from a small town in Arizona. I have been working on becoming a writer for quite a few years now and am finally making that dream come true. I am an avid reader as well. I read and write a wide variety of genres including, romance, western, contemporary, fantasy, historical fiction and paranormal, to name a few.
I love animals, especially horses and dogs. I currently have two huskies.