Charlton Heston - Defender of the Constitution 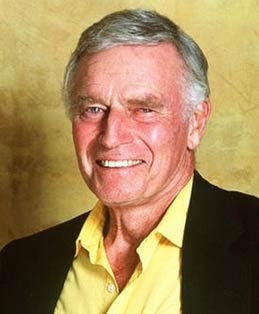 America lost a great defender of the Constitution this weekend with the death of actor Charlton Heston.

Heston, who died on Saturday, April 5, suffered from Alzheimer's Disease for several years, just as had another American hero and fellow actor--former President Ronald Reagan. In addition to serving as president of the National Rifle Association, Heston was elected president of the Screen Actor's Guild six times.

Known as an advocate for Second Amendment rights, Heston took great pride in being an American. He and his wife, Lydia, sent the following message to US troops in Iraq in 2003:

"There is no duty more noble than that which has called you across the world in defense of freedom. Yours is a mission of hope and humanity for the oppressed. Rest assured that while pretend-patriots talk of supporting you, even as they condemn your noble cause, an unwavering vast majority of Americans share and take pride in your mission. You represent all that is good and right about America and are the true face of American patriotism. You walk in those same righteous footsteps of all those patriots who, before you, fought to preserve liberty for all. Our prayers and our personal gratitude are with you and your families. May God Bless You, Charlton and Lydia Heston."

Heston was presented with a Presidential Medal of Freedom, the nation's highest civilian award, at the White House by George W. Bush in July, 2003.
Posted by Marsha Ward at Monday, April 07, 2008